Whenever my mother prepares a roast dinner, which when we were children was most Sundays, something I now look back on as quite impressive – managing to clear the breakfast, dress three children, get to 11 o’clock mass, prepare the meat and various roast vegetables and most often a lemon delicious to boot – she always conserves the cooking juices and dripping.  In a sort of ritual the cooking liquids are poured into small pyrex bowls to separate and set in the fridge before being divided into thick jelly like stock and wonderful flavored dripping.  The stock is then on hand for the following week’s gravy, or whatever soup or stew might be in course that week.  The dripping is ready for cooking the next batch of roast vegetables.  This was what all of our grandmothers did, largely out of necessity, and because their kitchen logic was “why would you buy fat to cook with when you already have it”.  And then along came the health conscious 70’s and 80’s when everyone discovered cholesterol, good and bad fats and olive oil.  Largely a great thing, and what a result in 2014 seeing Australian olive oil dominating the supermarket shelves, much fresher and so competitively priced next to the often old and 2nd class European oil.

So, while we all hail the Mediterranean diet (Australians consume more olive oil that anyone outside of the Mediterranean basin) there are some things that just work better with animal fat!  I’ve been pondering this question a couple of years now, ever since eating an incredibly good pork pie on a train between Edinburgh and Oxford.  It was so full of the flavor of fat, the pastry was so short and flaky, there had to be more than butter in there.  Last week my neighbor at Lubriano gave me a few jars of strutto (the dripping form of lardo, that Italians actually use for a lot of things despite the famous Mediterranean diet). 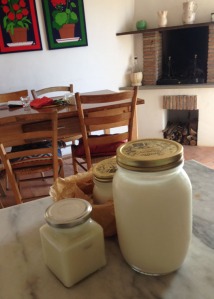 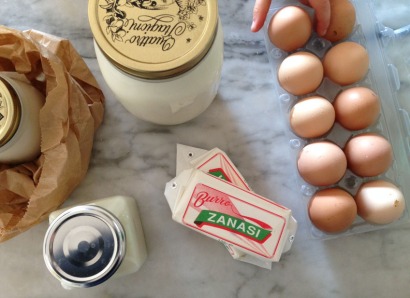 Armed with a couple of fillings, a basic bolognese style Ragu with beef mince and the remains of a particularly good Osso Buco, I made some lovely pies.  In the preparation stage the pastry was a revelation, firm and manageable, nice and elastic thanks to a couple of free range eggs.  In its cooked state even better; well cooked – especially on the bottom side of the pies where puff and brisee always disappoint.  Crisp and flaky but very good at its job, the all important encasing of the moist juicy centre.  Leonardo made an accompanying sauce/chutney using green tomatoes.

For one + family pie or six individual pies

Double the mixture if you are making more pies.

The lard needs to be firm for the first step so it is best to weigh out the correct quantity, put it in the freezer to harden and then dice.  Sift flour and salt and add diced butter and lard.  Rub butter and lard into flour between fingers completely until the mixture is like breadcrumbs.  Make a well in the flour and mix in the egg.  If extra liquid is required add a tablespoon or two of chilled water.  Mix until the mix comes together in a kind of lump.  Turn out onto a well floured surface and knead a little until the pastry is smooth and homogenous.  Cover with plastic wrap and refrigerate for at least an hour before using.

Roll out pastry on a well floured surface, line pie tins, pricking bottoms with a fork and fill with meat filling.  Brush pastry with a light egg wash and cook at 200 C until golden brown. 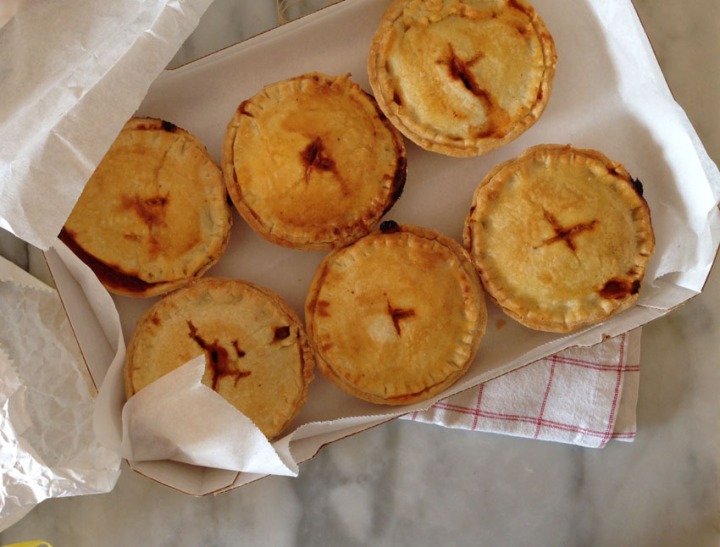 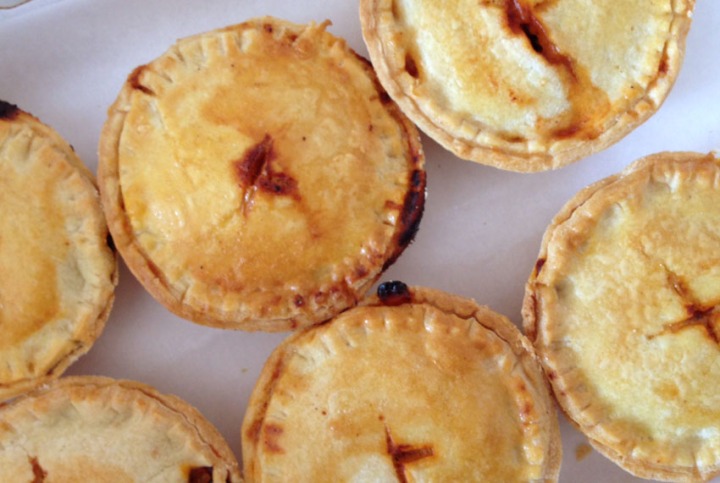 One thought on “good fat”